With all the necessary safety measures in place, 2022 is the year to travel to Spain. With sunny beaches, rich architectural heritage and delicious food, this Mediterranean nation is truly a popular destination. It was the world’s second-most visited country before the pandemic and there are so many things to see and experience in Spain.

In this article, we aim to give you an idea of what you can see and do in this magnificent country.  Here is a Spain travel plan that gives you a taste of Madrid, Seville, Granada, and Barcelona. You are in for an unforgettable trip!

Fully vaccinated Malaysians are permitted to enter Spain. Spain travel restrictions require travellers to have received their last dose at least 14 days and no more than 270 days before arrival in the country. Spanish authorities accept vaccines approved by the European Medicines Agency (EMA) and the World Health Organisation (WHO).

This means that those that have been vaccinated with Sinovac, Pfizer, Moderna and AstraZeneca will be able to enter the country. Check if WHO has listed your vaccine here. Travellers that have a vaccine certificate showing that their last dose was administered more than 270 days ago must also show a certificate proving that a booster vaccination has been administered.

Note: Malaysians do not require a visa to travel to Spain.

The best way to travel to Spain is to leverage on a travel package that handles transfers and brings you to the main highlights but also provides free time so you can see exactly what you like. A comprehensive tour of Spain should take you to destinations such as Madrid, Seville, Granada, and Barcelona.

While transfers and guide services are provided for parts of this trip, you will enjoy exploring these breathtakingly beautiful cities on your own. We listed several famous spots for each destination that should be considered before you travel to Spain. We hope it will give you an idea of the history, grandeur, landscapes, and cultural offerings of this stunning country.

Madrid, the capital city, is the political, economic, and cultural centre of Spain. This is without a doubt, one of Europe’s most interesting cities and known for its historical buildings, food markets, and the royals. Expect renaissance and contemporary art museums and bustling nightlife.

Places of interest in Madrid 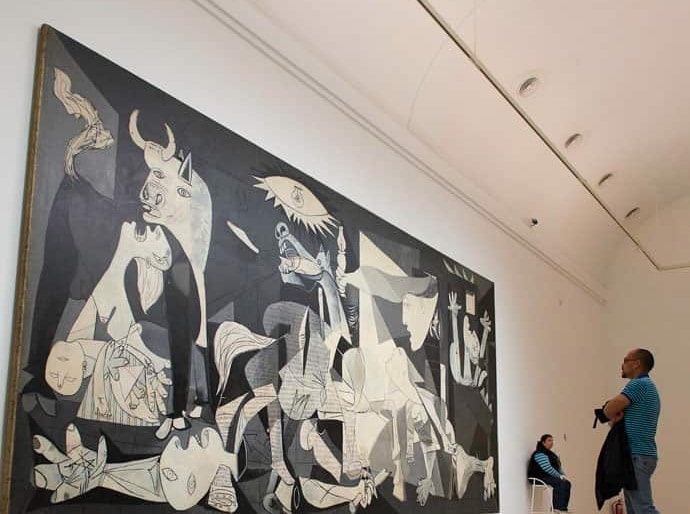 The Golden Triangle of Art: the Prado Museum, the Reina Sofía Art Centre, and the Thyssen-Bornesmiza Museum. The Reina Sofía National Art Centre has a collection of art from Spain and all around the world covering the period between the late 19th century to the present day. Pablo Picasso’s Guernica is a gem in its collection of about 18,000 items. Here, Picasso filled a vast canvas with what is now the defining image of the horror of war. 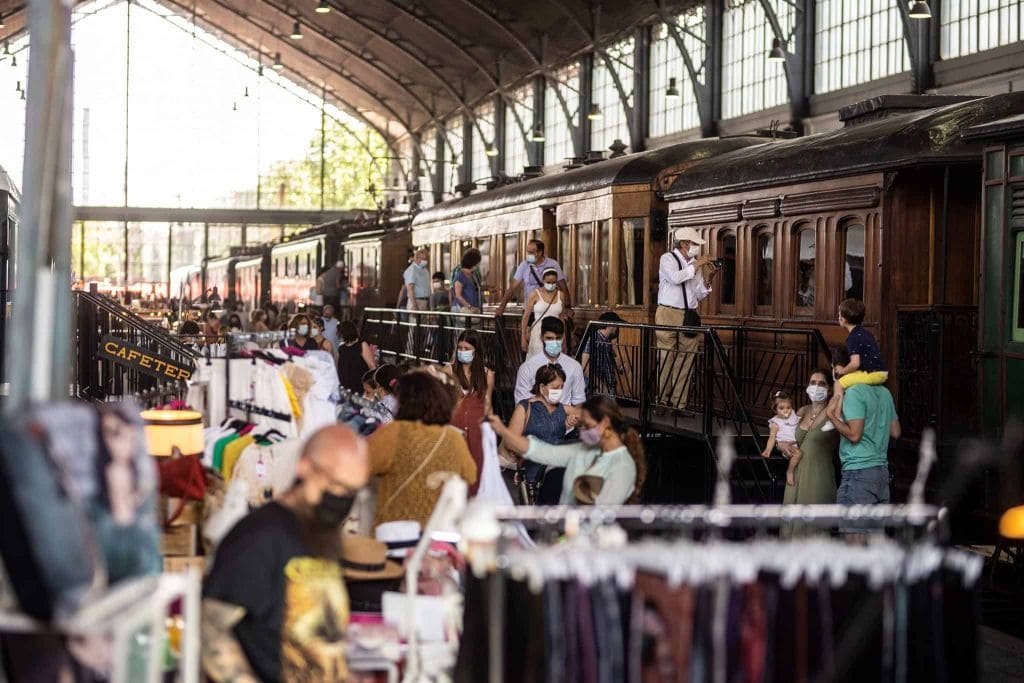 Fashionistas will delight in various shopping options: luxury shops on the Golden Mile, vintage establishments in areas such as Fuencarral, new designer markets like the Mercado de Motores, and craft workshops and bookshops over 100 years old. 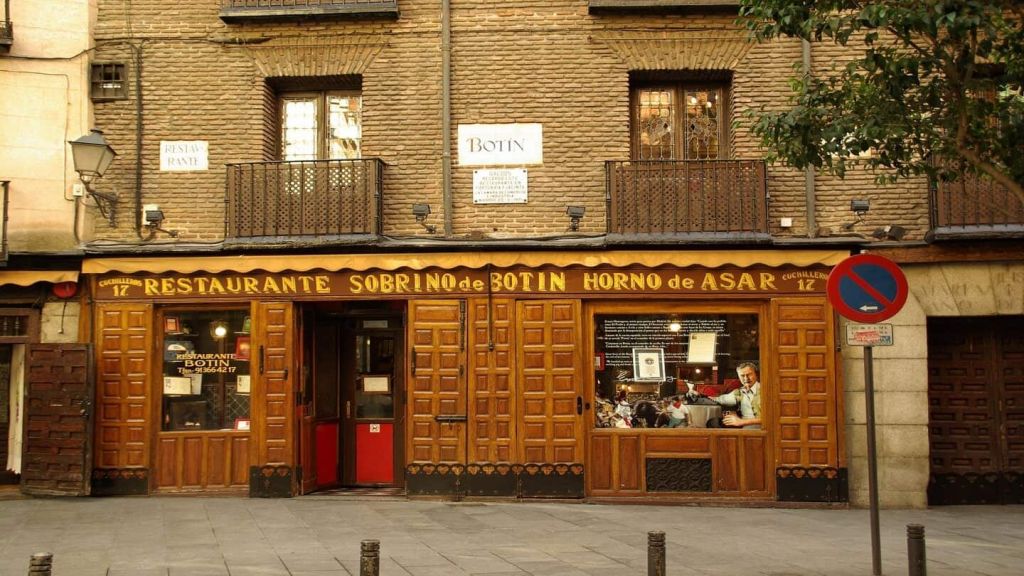 A Spain travel plan for foodies should include Sobrino de Botin. This restaurant holds the prestigious title of ‘Oldest Restaurant in the World’ and charmingly preserves the original atmosphere of an inn. The flame in their wood-burning oven is said to have never been extinguished since 1725.

Buen Retiro Park or simply El Retiro is one of the largest parks in the city. It has been added to the UNESCO World Heritage list along with the adjoining Paseo del Prado. This magnificent park is filled with beautiful sculptures and monuments, galleries, a peaceful lake, and a host to a variety of events. It is one of Madrid’s premier attractions and is surrounded by the present-day city. Visit for a taste of life as a Madrid resident.

A fresh surprise is waiting for you close to El Retiro Park and the Botanical Gardens: outdoor bookshops. You’ll know this Bohemian pedestrianised street, known as Cuesta de Moyano, by its charming stalls filled with second-hand books of all genres.

Enjoy Madrid at sunset from lots of spots, such as Las Vistillas Garden and Casa de Campo Park. On sunny days, this leafy little park is filled with terrace bars, turning it into the perfect place to watch a sunset. This magical scene can also be experienced from the Temple of Debod, the only Egyptian temple in Spain. 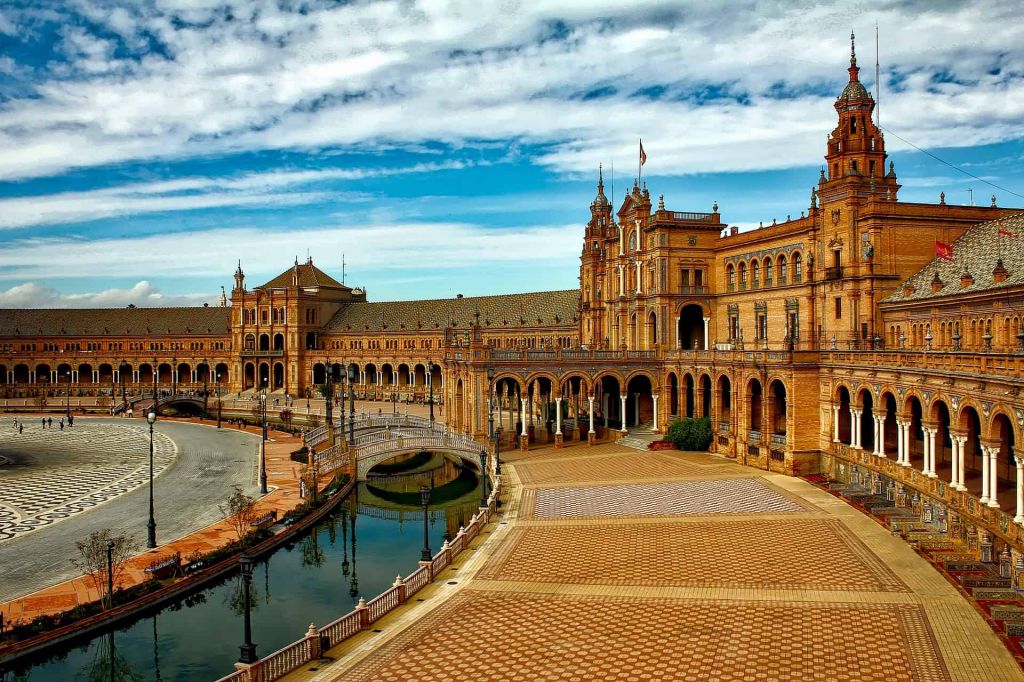 Seville is world-famous for its Easter ceremonies and Feria de Abril (April Fair). But any time of year is good for discovering Seville’s capital of Andalusia. Seville is adored for the grandeur of its moments, the charm of its squares and the Spanish guitar music that can be found on its streets.

Places of interest in Seville

The largest Gothic temple in Europe, the Seville Cathedral. This UNESCO World Heritage Site is the final resting place of Christopher Columbus. When plans were drawn up to build this church, the elders stated, “Hagamos una iglesia tan hermosa y tan grandiosa que los que la vieren labrada nos tengan por locos.” (Let us build a church so beautiful and so magnificent that those who see it finished will think we are mad). 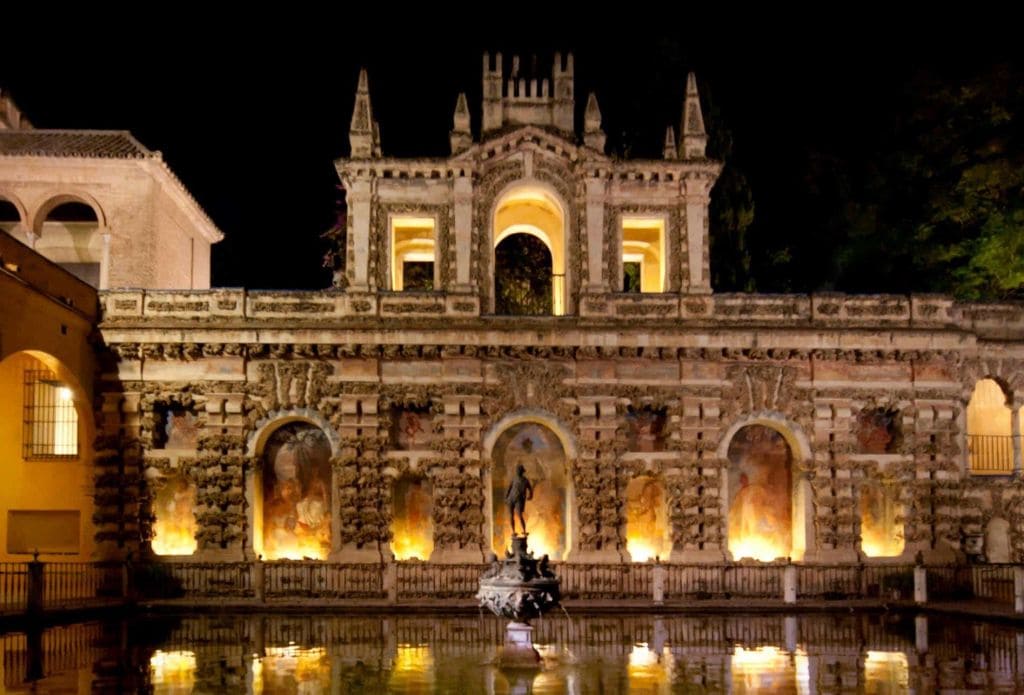 A visit to the Real Alcázar de Sevilla reveals an extraordinary palace richly furnished with diverse details. The Alcázar of Seville is famous for its elaborate architectural design built during different historical periods. Give yourself a fun challenge to identify the mix of styles that combine elements from Gothic, Muslim, Renaissance, Baroque and Romanesque art. You can also find one of the most outstanding features of Mudéjar art, a creative fusion of Islamic and Christian culture. If you visit in the summer, take advantage of the night visits and the festival held in its gardens. 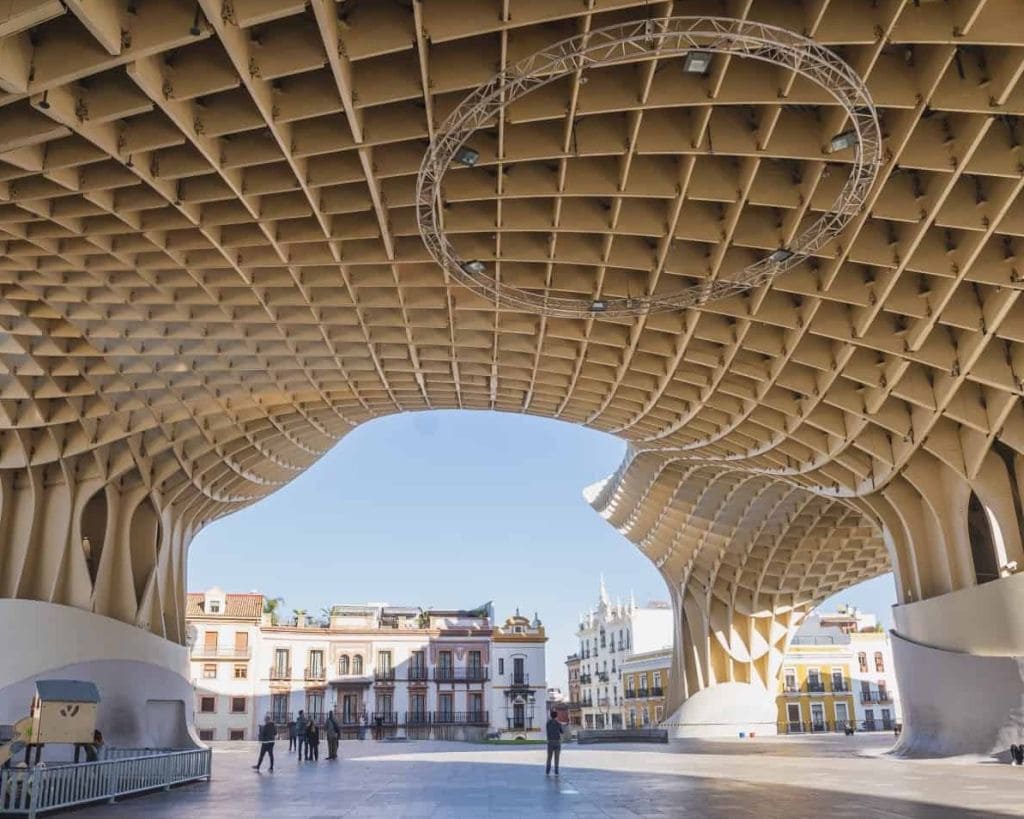 Visit the famous Setas de Sevilla. Known as “Las setas” (The Mushrooms), this is the largest wooden structure in the world. You get fantastic views of Seville from the walkway and viewing points.
Insider tip: A cake shop known as La Campana just five minutes from the Setas, is known for traditional sweets and pastries. 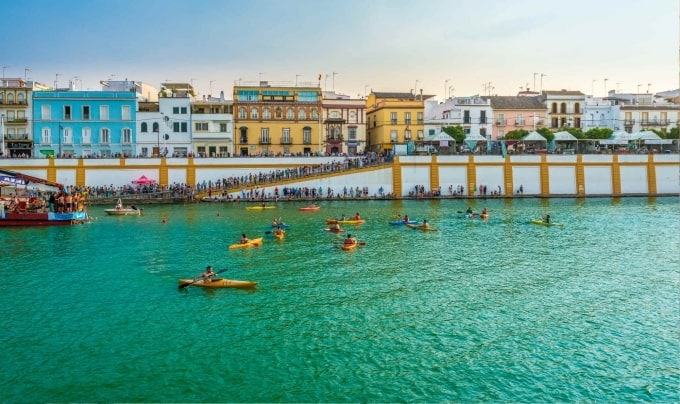 To enjoy the authentic atmosphere of Seville, try tapas in the old town in popular areas such as Alameda, Macarena, Nervión, Los Remedios or Triana, one of the city’s most famous districts. There are colourful houses along the riverside and plenty of bustling, cheerful bars, and cafés where to set you up for the day. 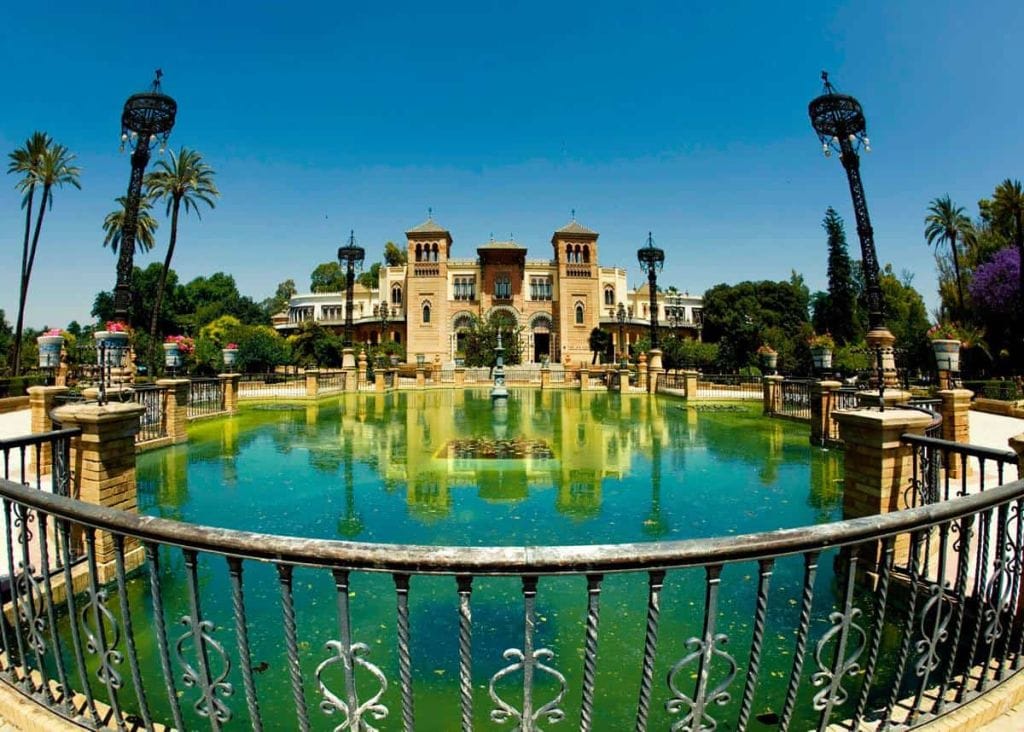 Seville boasts one of Spain’s best-kept green spaces, María Luisa Park. It’s a 25-minute walk from the Setas to this vast garden, perfect for a picnic, a leisurely stroll, or sports any time of year. It is also the site of the unique Plaza de España, a circular space that is one of the most famous sights in Seville and an ideal spot for Insta-worthy pictures. 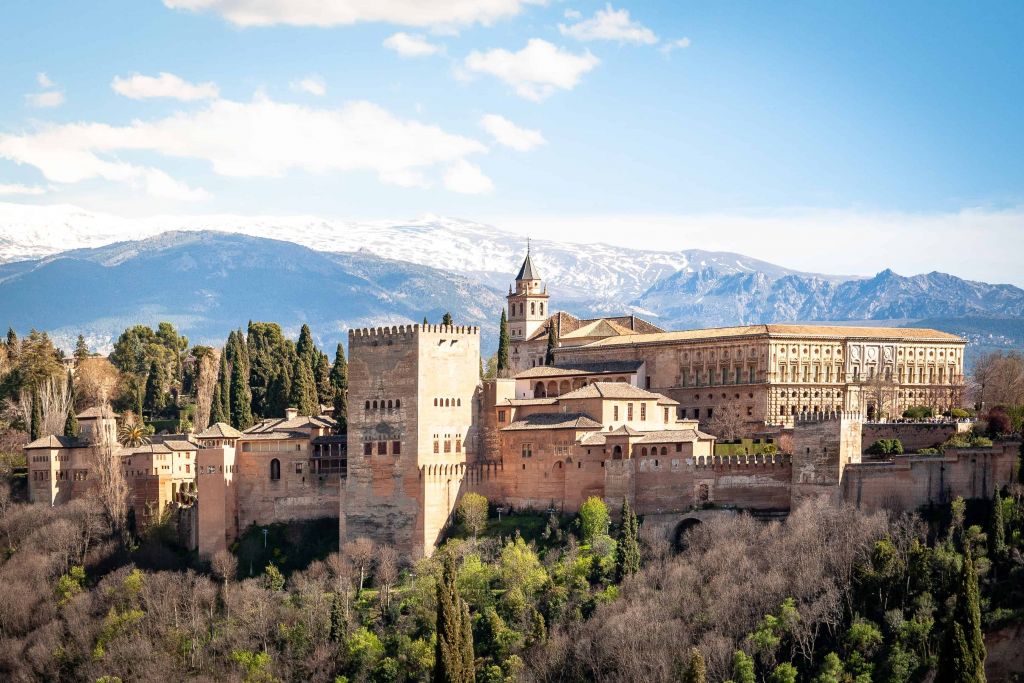 Granada’s most popular quote: “…there is nothing sadder in life than being blind in Granada.”

Granada is on the list of the 25 destinations chosen by National Geographic as the most incredible places to travel to in 2022. This magazine goes so far as to call it ‘one of the wonders of the 21st century’.

Places of interest in Granada

Granada is home to one of the most beautiful sets of monuments on the planet: the spectacular palaces of the Alhambra, and the Generalife gardens. 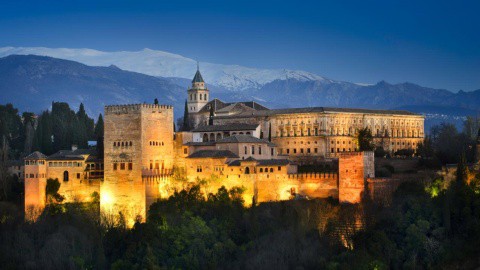 The Alhambra, which was declared a World Heritage Site was constructed as the embodiment of heaven on earth. You will discover amazing palaces, decorated courtyards, numerous fountains and beautiful gardens that preserve the splendour of Al Andalus.

One of the most important structures is the La Vela tower, which offers one of the loveliest views of the Alhambra. The courtyard of the Lions with its fountains is one of the most magnificent in the compound. 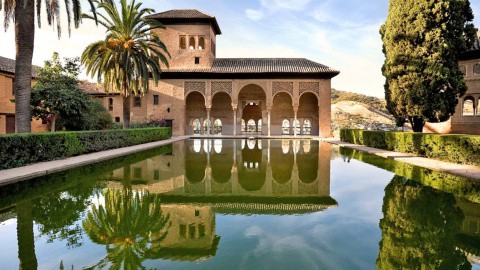 According to the Spanish tourism board, Bill Clinton, the ex-President of the US said “This is the most beautiful sunset in the world” after watching the sunset from the Mirador de San Nicolás. He was referring to the view of the Alhambra in all its splendour, with the mountains in the background. 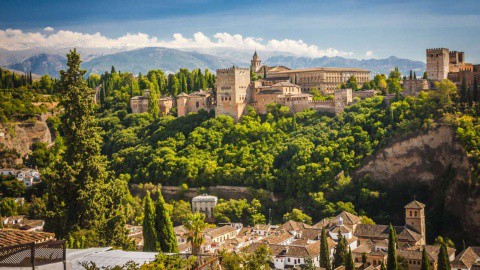 The Generalife park was the country residence of the sultan. It is an orchard that provided the palaces with food supplies, and a recreational area for the nobility. The colourful and outstandingly beautiful Acequia Courtyard serves as the entry point into the premises. The recreational area of the Generalife, built between the 13th and 14th centuries, lies on the slopes of the Cerro del Sol and offers breathtaking views. 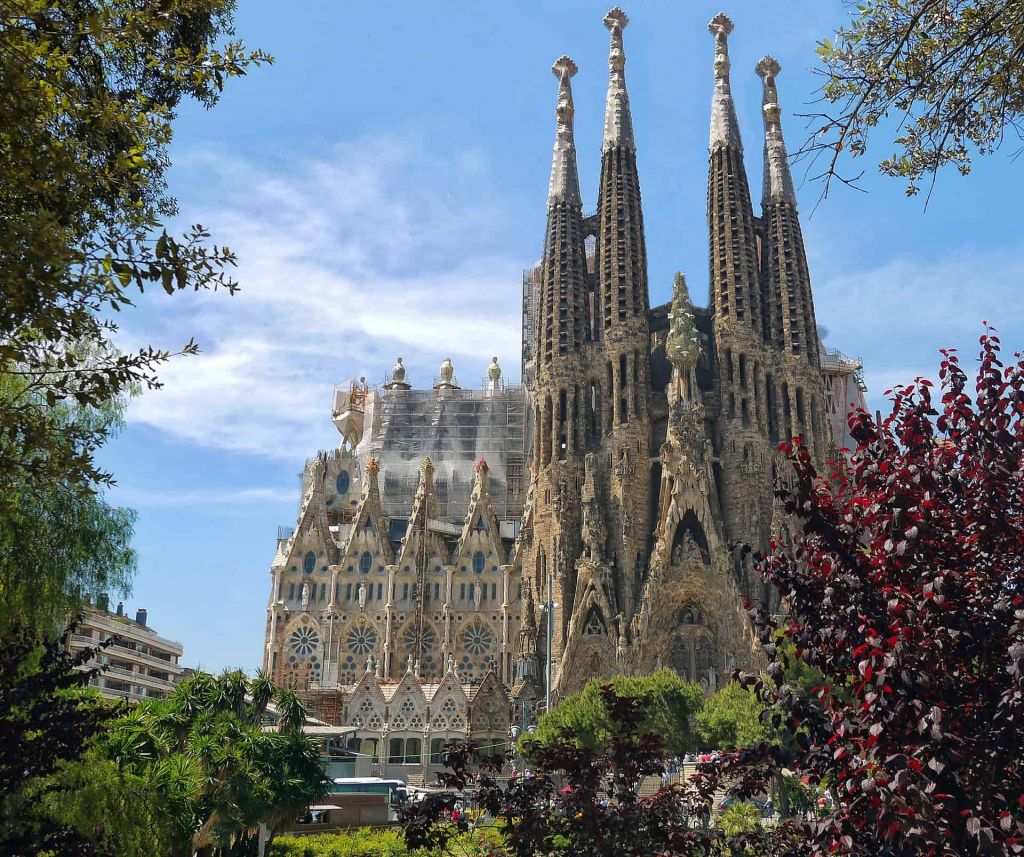 Overlooking the Mediterranean Sea, and famous for Gaudí and other Art Nouveau architecture, Barcelona is one of Europe’s trendiest cities. This is a hub of new trends in the world of culture, fashion, and cuisine. The charm and slower pace of the old town shares a space with the avant-garde vibe of more modern neighbourhoods.

Places of interest in Barcelona

Discover countless options for a day of shopping as your stroll along the streets of Barcelona. from major brands in iconic stores set in emblematic buildings such as the Paseo de Gracia or Avinguda Diagonal. Barcelona is also brimming with traditional shops. You can visit century-old stores and ateliers that will surprise you with their attention to detail. 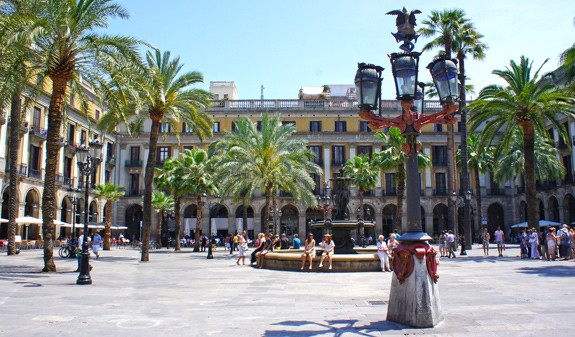 If you have time before dinner and want to feast your eyes on scenic views of the port and the city, climb up the Montjuïc mountain. It is easy to get there with the cable car from Parallel station. While you are there, stop by the National Art Museum of Catalonia and the Joan Miró Foundation. 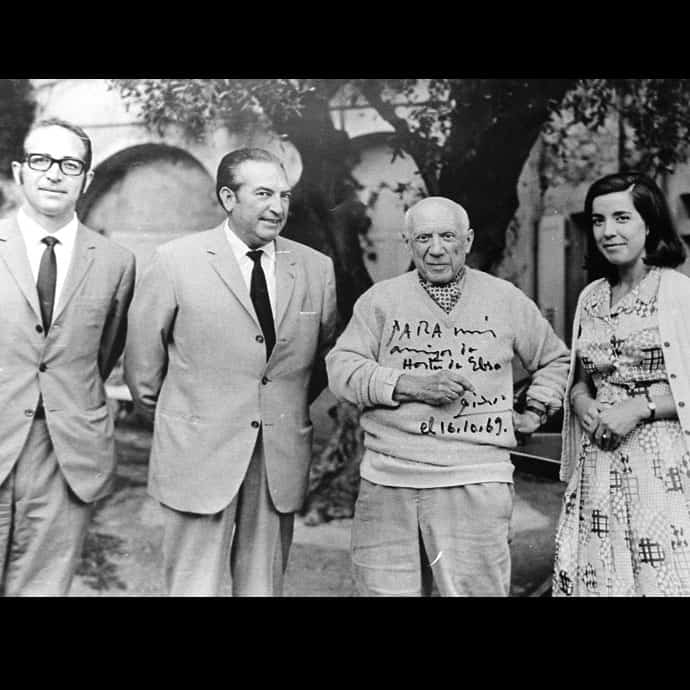 For dinner and drinks, head to El Born, a charming, cool neighbourhood that also plays host to some of the city’s major attractions such as the Picasso Museum and Santa María del Mar church. It is, without doubt, an ideal place for an enjoyable night.

More and more old food markets in Spain are being reinvented and relaunched as gourmet food markets offering innovative culinary delights. We recommend one of the most famous, the Boquería, in the heart of Barcelona. A must-see if you are visiting the city.

If by any chance the connoisseur in you is inspired to be your own Masterchef or food critic while you’re there, do have a go at activities like Spanish cooking class, Catalan tapas making, or wine tastings and pairings workshops. 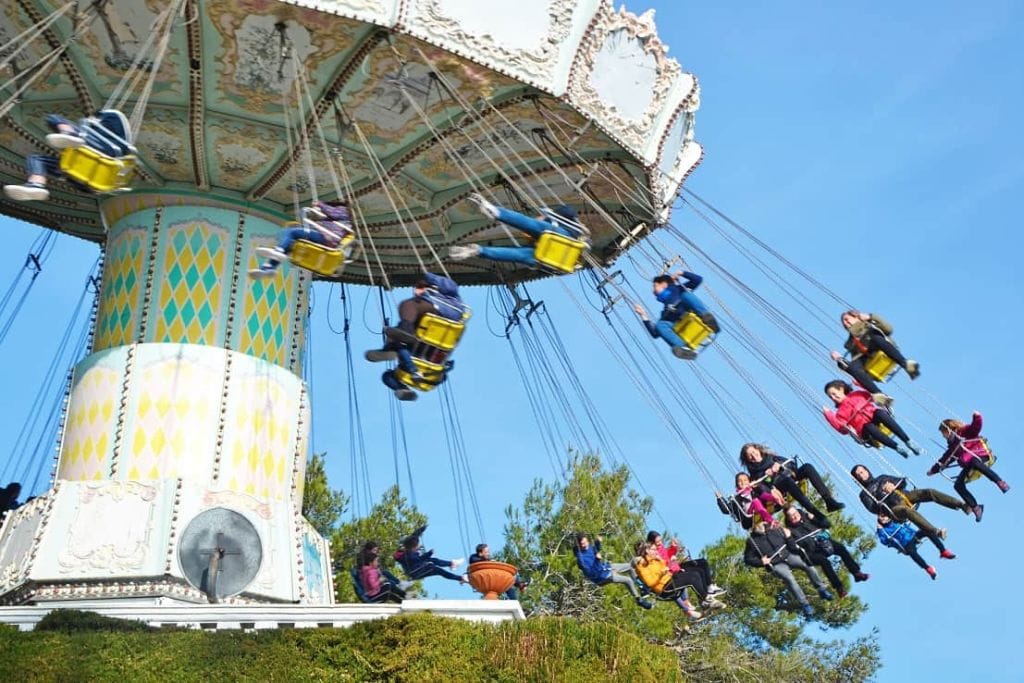 Tibidabo is the highest hill in the Serra de Collserola mountain chain where you can see unique views over the city and enjoy Barcelona in all its splendour from a different angle. Take the opportunity to try out some of the 30-plus rides in the amusement park, go to the free viewing point, or visit the Fabra Observatory.

It can be tricky to reserve a table at Spanish restaurants with 3 Michelin stars, but it’s worth planning ahead and treating yourself at least once. Hey, you came all this way.

Finally, here’s something fun and simple you can do to get your palate ready for Spain.

Spain is truly a country that stays with you long after your visit. Let us help you plan for a fantastic getaway with ideas and packages of Spain tours in 2022.